The trip to Belgrade was totally unexpected. My initial plan had been to fly into Slovenia from Israel. There was only supposed to be a short transit in Belgrade. However the airline, JAT Airways, moved the flight from Tel Aviv till about 5 hours later and this meant that I had to miss my connecting flight to Ljubljana. The airline could only get me onto another connecting flight the following day and so there I was in Belgrade for the day.

Fortunately the airline had also given me a free night’s stay at a hotel and free meals at the hotel. The hotel’s standard was far from what I would have liked but at least I did not have to pay for it.

I only started sightseeing after lunch. The morning was spent in bed because I was so tired from all that walking the previous day and night. The weather that day was chilly and overcast with temperatures in the lower teens.

When I had found out that I was going to be Belgrade, I immediately thought of the Church of St Sava. It was just a short walk away from the hotel.

The Church of St Sava is the largest Orthodox church in the world. Construction had started in the 1930s but it was disrupted for decades because of war and later government reluctance to approve the resumption of construction. The approval however finally came in the 1980s and work resumed with a new architect. The interior of the church is today still incomplete. 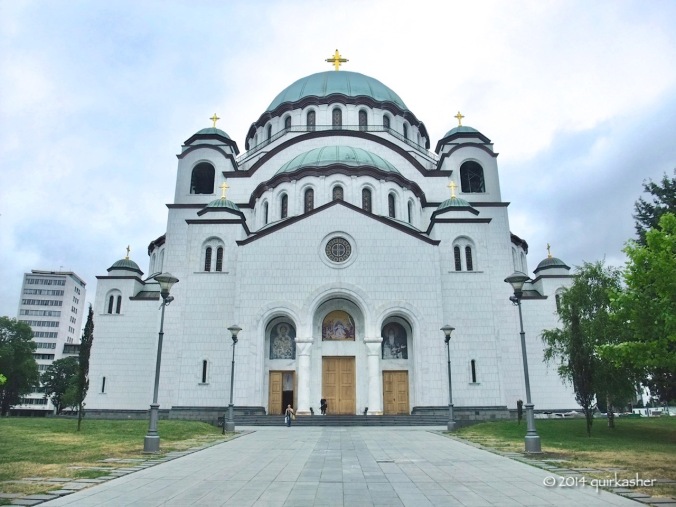 The church relies entirely on donations for its construction. Maybe this is why it is taking so long to complete.

Somewhere down the road from my hotel, I came across these: 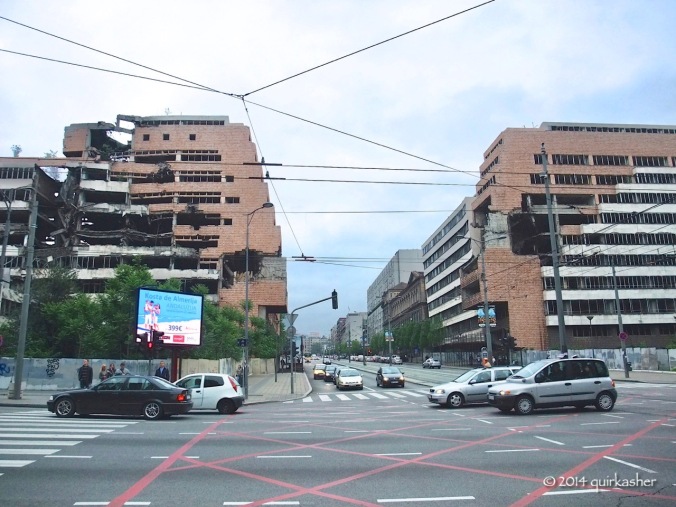 At first, I had assumed that  they were meant to be destroyed but perhaps because the money had run out and then pure laziness and thoughtlessness they were left in this state. Much later, I found out that they were the result of the 1999 NATO airstrikes. But why are they still left standing in this state? To serve as lasting monuments to NATO aggression?

I found that the buildings in the city were always so grey and brown. There were a couple of grand looking buildings and these were mainly government ones. But even they looked like they could use a long hard scrub with adamantium-melting acid. Yes, Belgrade is terribly dreary. And the overcast sky that day only accentuated the dreariness. 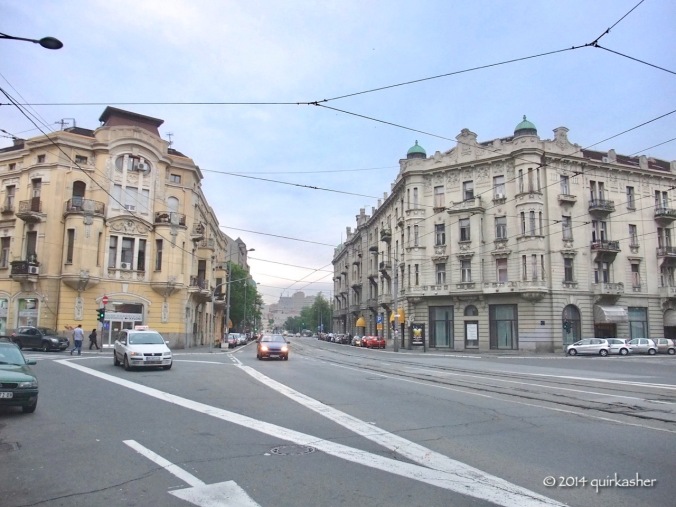 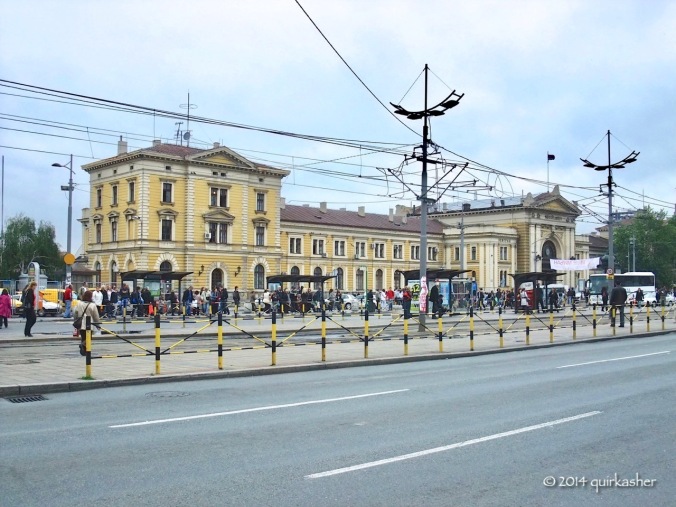 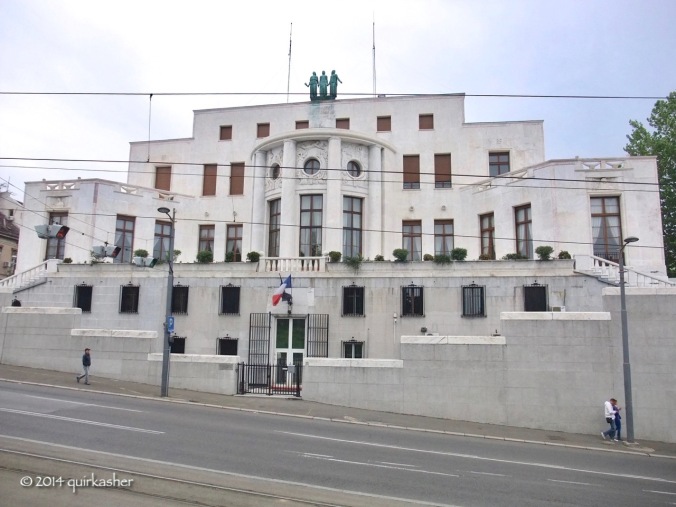 Another Belgrade landmark that I had visited was the Belgrade Fortress. This is located at the confluence of the Danube and Sava Rivers. It was quite picturesque though too bad about the weather that day. 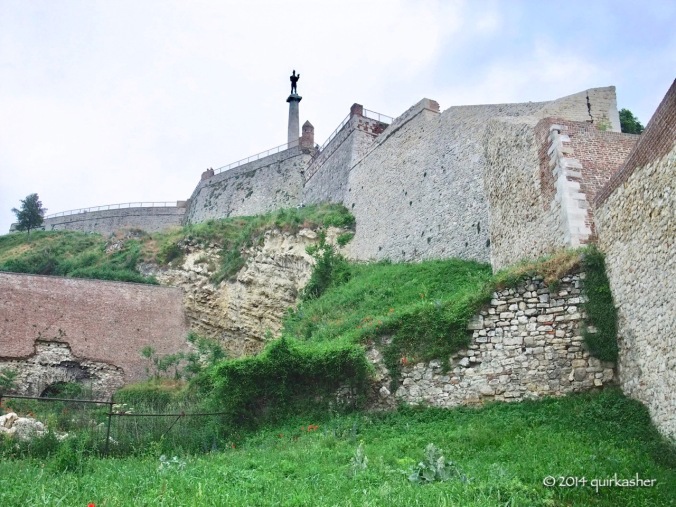 Belgrade Fortress walls with statue of the Victor 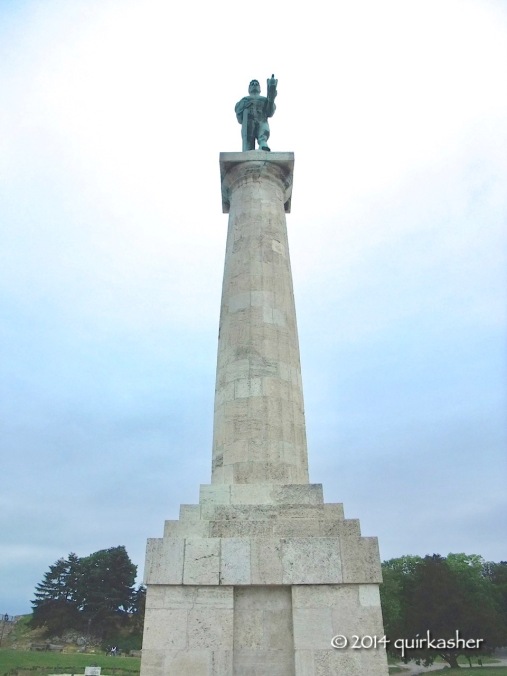 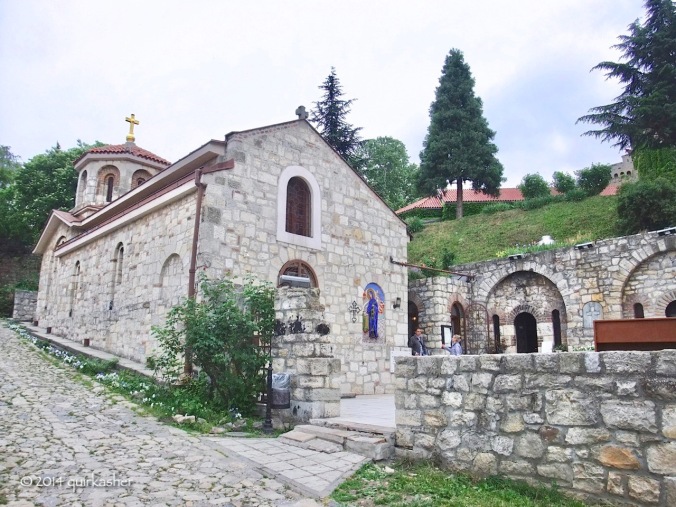 Chapel of St Petka in the fortress 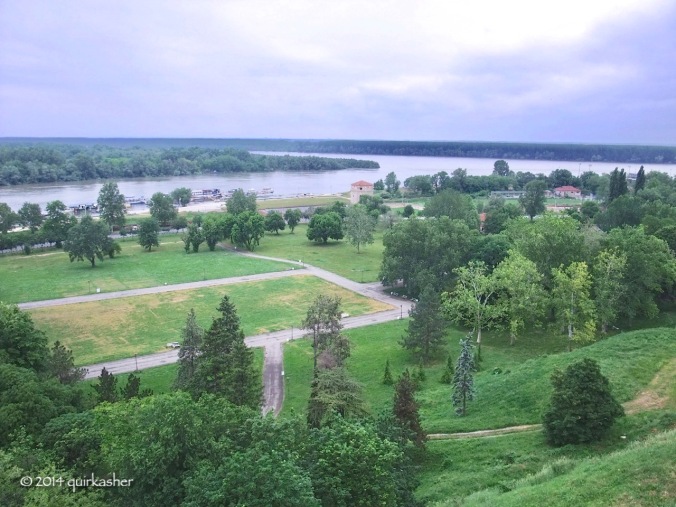 Confluence of Danube and Sava Rivers

View of Ušće Tower across the river from the fortress (used to be the headquarters of the Central Committee of the League of Communists of Yugoslavia, now a commercial building)

I must admit that I had read up very little about Belgrade before I came. I had not expected to be here in the first place. I would later read up about Belgrade and realise that it is in fact much more than dreary and bombed out buildings. Nevertheless it had been a pleasant plan deviation for me and the short half day tour of the city did somewhat pique my interest about the country as a whole.

I was also a little pleasantly surprised by two things. Firstly, street signs were written in both Cyrillic and Latin alphabets. That meant that I did not have to try too hard to read the signs. Secondly, no one in the city stared at me like I was a Martian and that was nice.

Belgrade, and therefore the whole country I assume too, is a really cheap place to visit. I withdrew about S$50 worth of Serbian dinars but only spent less than S$5 that day. Then again I did not have to pay for my meals and accommodation.

Serbia was also the first predominantly Orthodox country that I had ever visited and that was pretty special to me. Orthodox churches can be so pretty with their walls covered entirely with art. The Chapel of St Petka for example was absolutely gorgeous. Unfortunately I was not allowed to take pictures inside. When I was there some ceremony was taking place and a priest was burning incense. That made the visit even more mystical and interesting for me.

It was unfortunate that the weather was not great and I was there on a Monday when almost all the places of interest were closed. I will have to plan a proper trip to do Serbia, and Belgrade too, justice.

Good weather finally just as I was leaving!