E and I were thankful that we had come to Šibenik in summer when the days were long. Old Šibenik was a patchwork of confusing narrow streets and we could not find the apartment we were going to stay at for 2 nights. We were lucky that we did not have to wander around looking in the dark. Eventually we had to ask the landlord to meet us at a convenient spot and take us to the apartment.

Apart from being a potential twilight zone however, I did enjoy wandering around in confusion in the old city not knowing half the time where I would end up. There were also steps everywhere since the city was built on a hill and exploring the town became the work out session that I should have had ages ago. Šibenik is charming that way. 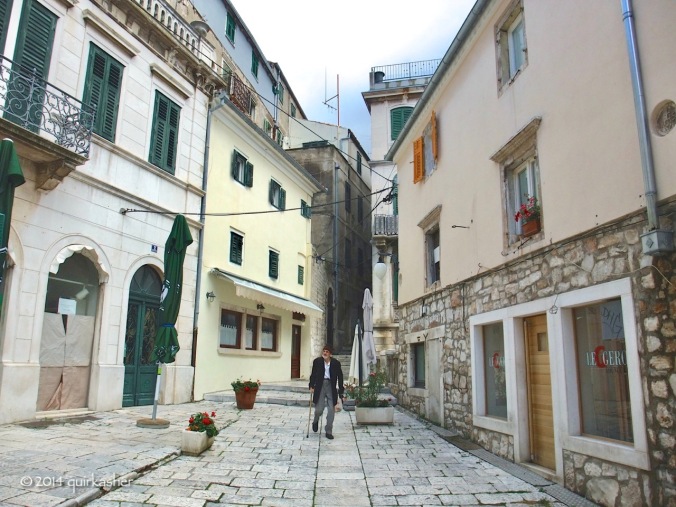 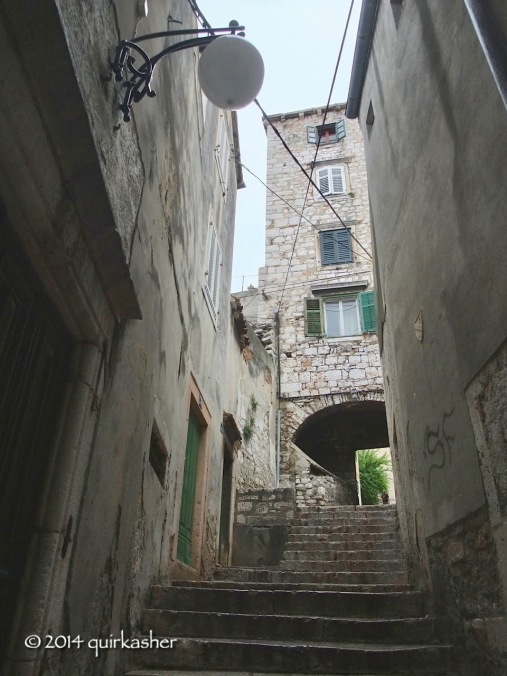 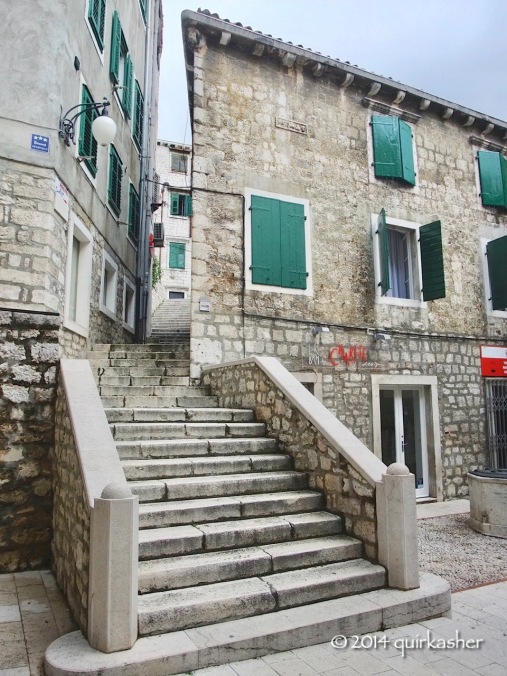 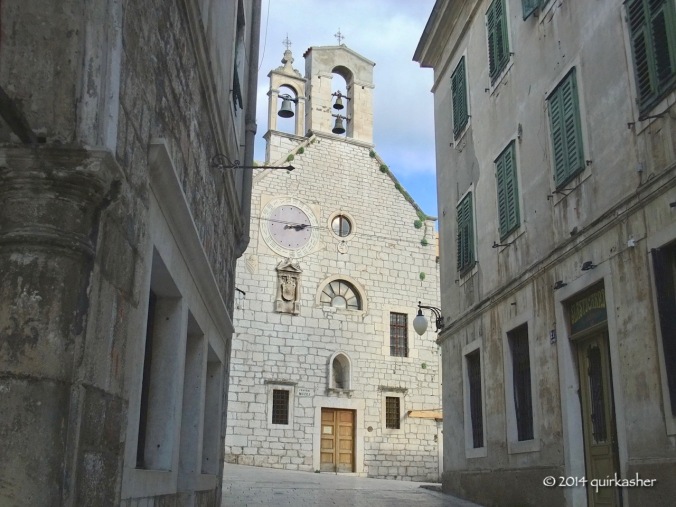 Church of St Barbara at the end of a street

The full day that we had in Šibenik was on a Sunday. But surprisingly, the old city was not thronging with people. Not even the Cathedral of St James. 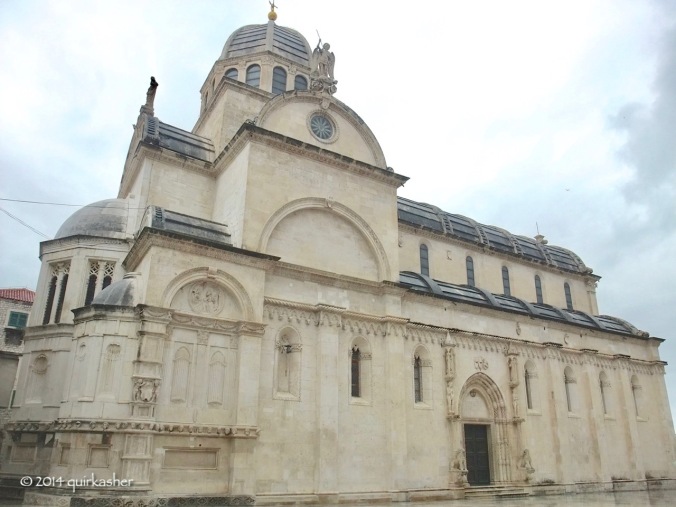 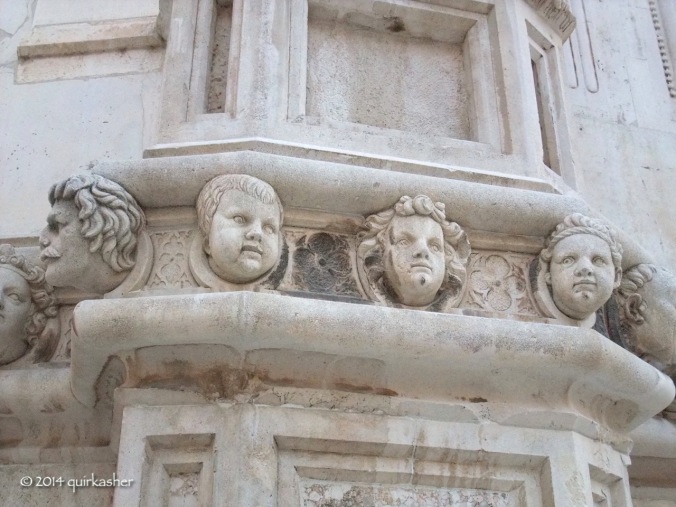 Faces of unknown people on the cathedral’s apse 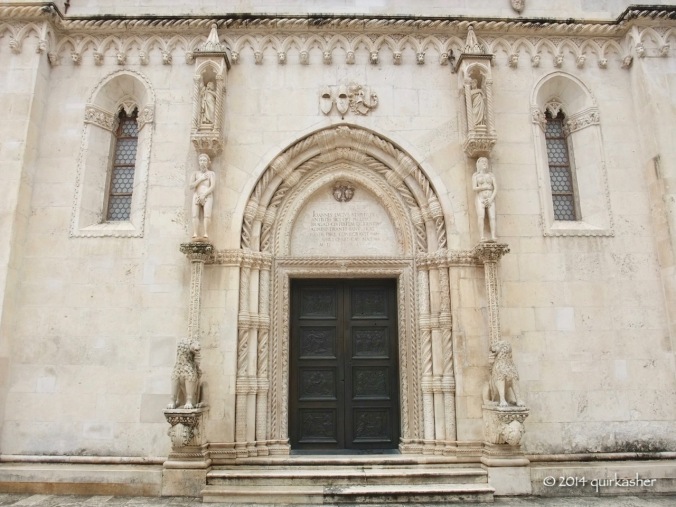 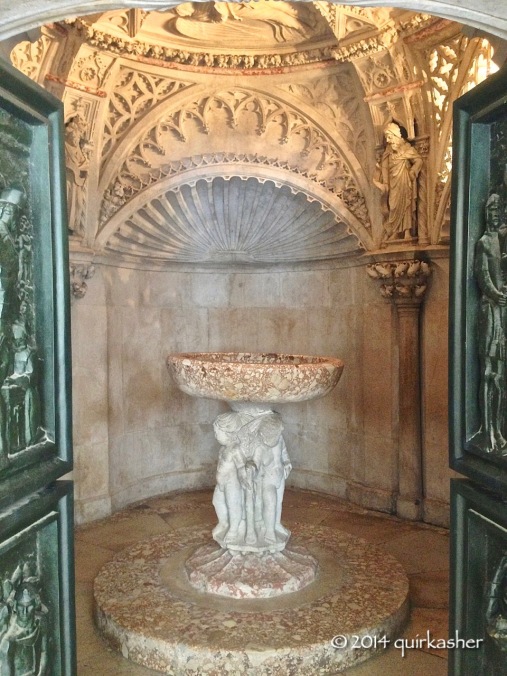 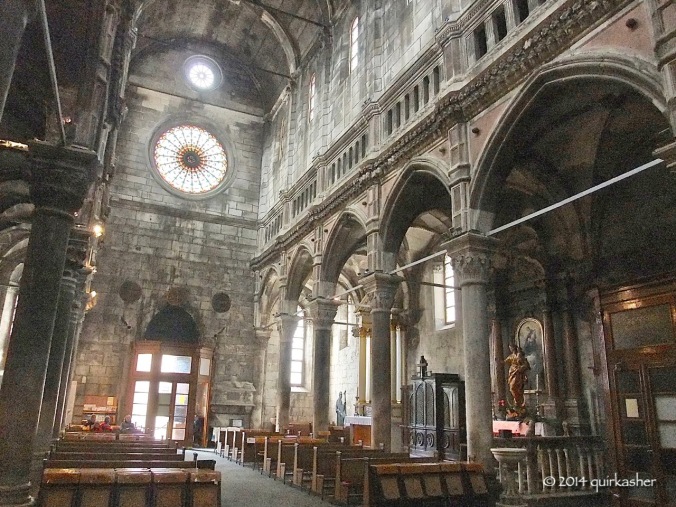 I have to say that this was the first time in Croatia that I was actually impressed by a church. This particular one was definitely quite different from all the other churches that I had ever seen before anywhere. The elements were familiar, both Renaissance and Gothic, but it is the particular clever blend of both here that makes the church so unique.

We discovered two other gems while walking up the city during our exploration. The first one that we came across was the Mediaeval Mediterranean Garden of St Lawrence Monastery. This was a wee little garden but a lovely oasis in the middle of the urban desert. The flowers were all in bloom at the time of our visit and gave us something pretty to look at while having coffee at the little café at the garden. It was a serendipitous find. 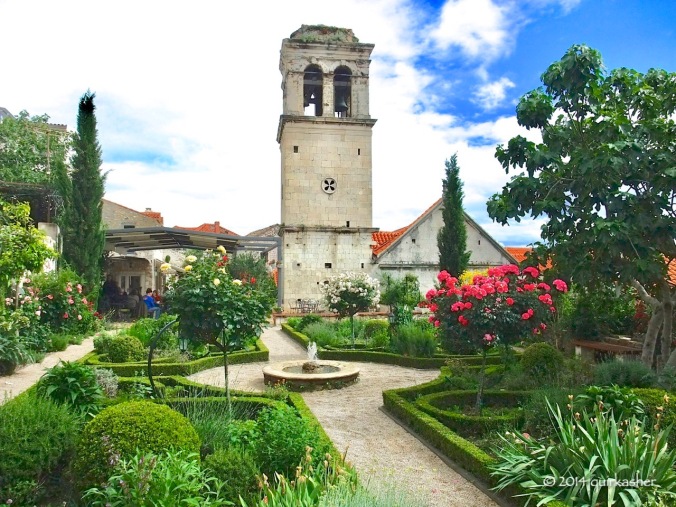 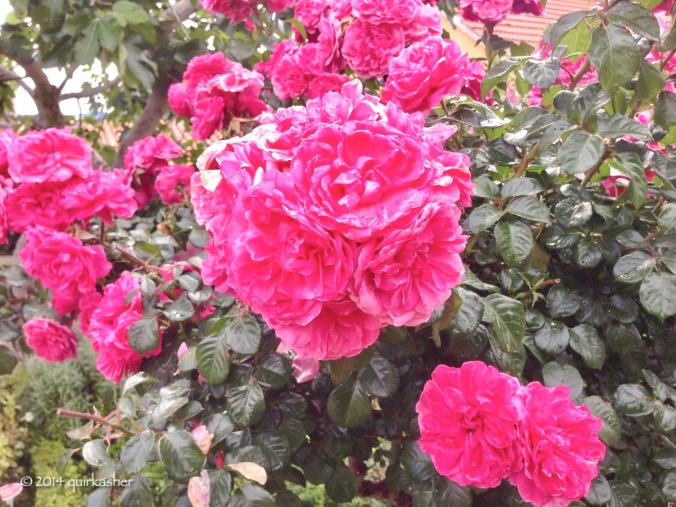 Flowers in the garden

I learnt later that the garden was maintained by the students of the Šibenik Private High School. Those kids had obviously done a fantastic job.

The other gem that we discovered was, surprisingly, the local cemetery. This was located just below the St Michael’s Fortress, also known as the St Ana’s Fortress. People go up there mainly to see the view of the city from high up. I did think that I would not mind being buried there myself since it looked like a really lovely resting place.

As for the fortress itself, we could not find a way in and that was quite disappointing to me. 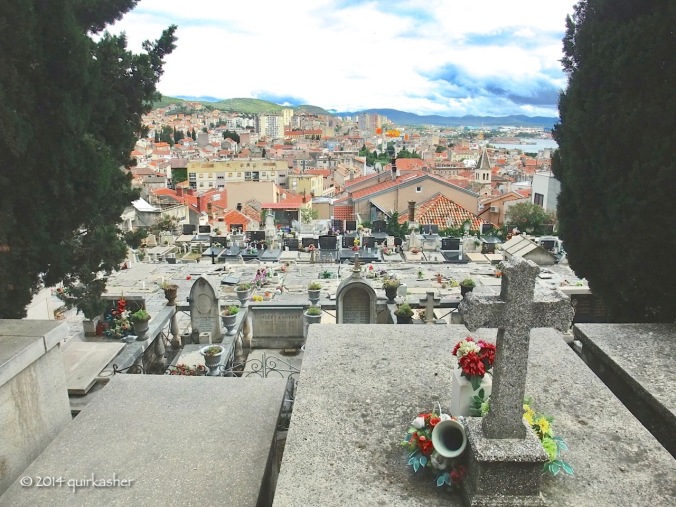 A tomb with a view 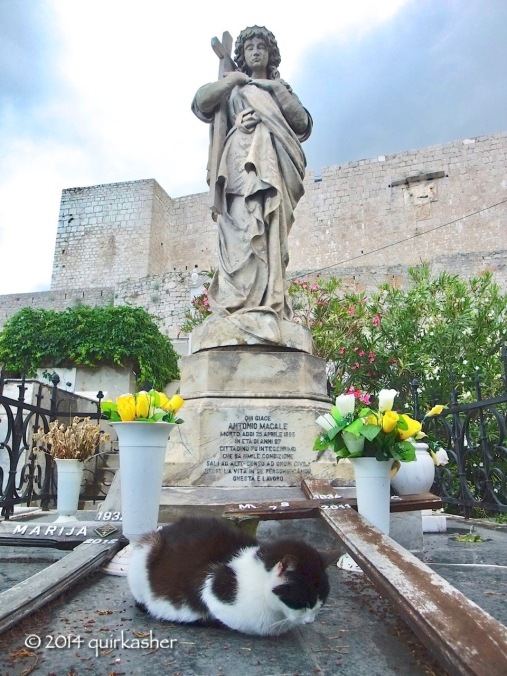 I had a lot of fun just wandering around Šibenik for a day. But the real excitement was to happen in the evening. There was a noisy protest of some sort by some men going on in a restaurant or cafe along the promenade and the police came and took away some of them. No one was hurt I think. It was fun pretending to be a journalist, snapping photographs and all that, although I was nothing more than a busybody of course. I have to add however that I was not the only busybody that day. 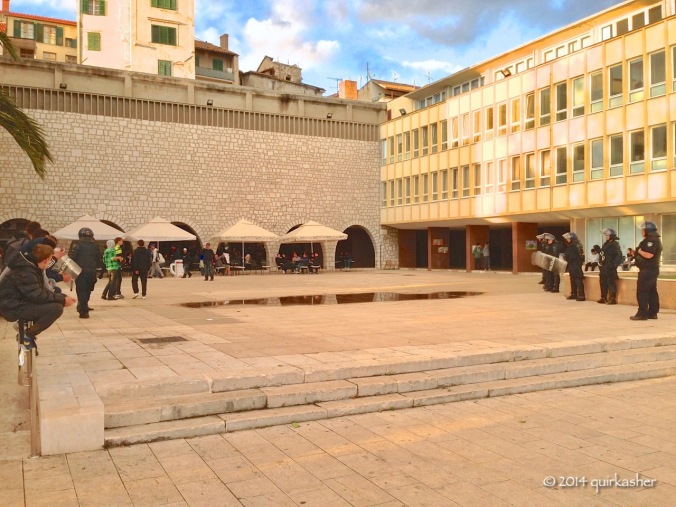 It did not look like a very rowdy protest 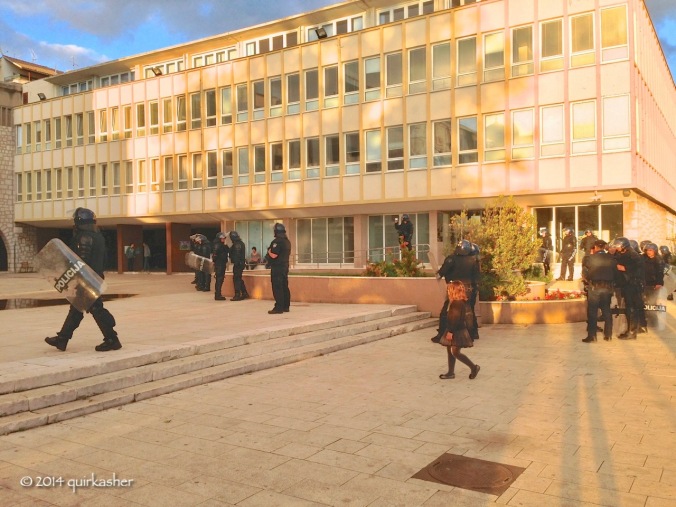 Little girl following the police on their duties 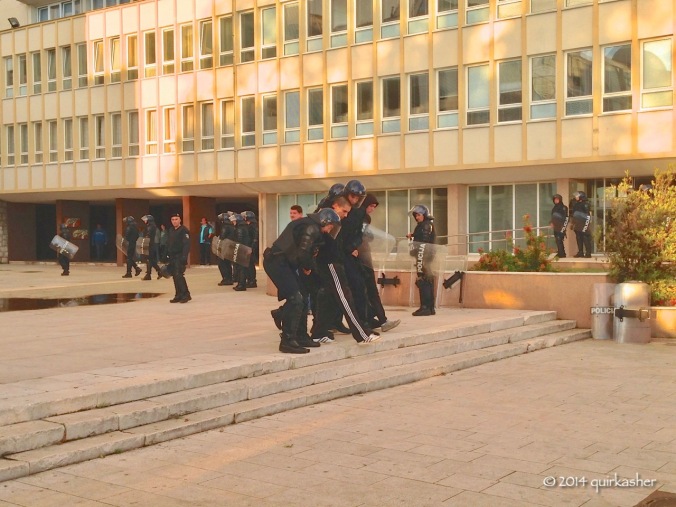 1 man being brought away 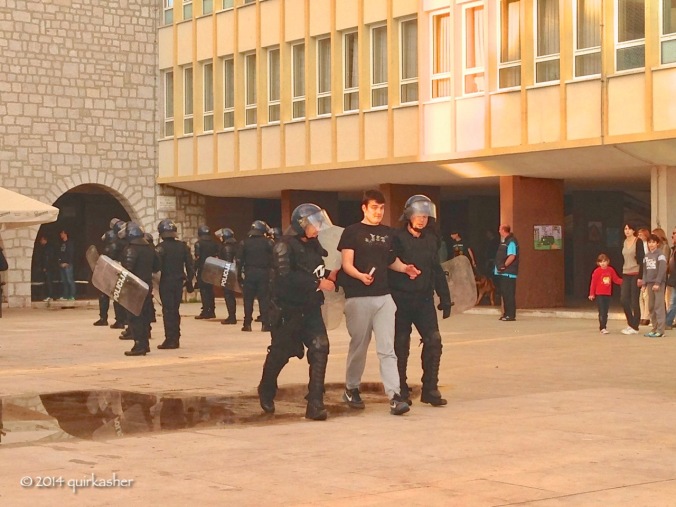 Another man being brought away 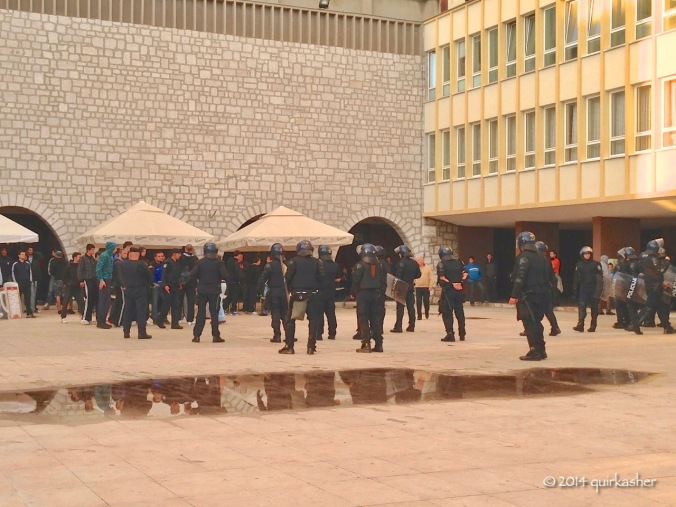 Show of force by both sides?

If I were to pick a place in Croatia to have a relaxing holiday in I would probably pick Šibenik. Although I would say that the city has been abandoned entirely to tourism like many of the other cities along the Croatian coast, it does not look or feel that way. It still behaves like a real city where tourism is just coincidental (my impression entirely and may be wrong) and retains much of that original old charm that I like very much. There is definitely more to Šibenik than that old lovely cathedral. 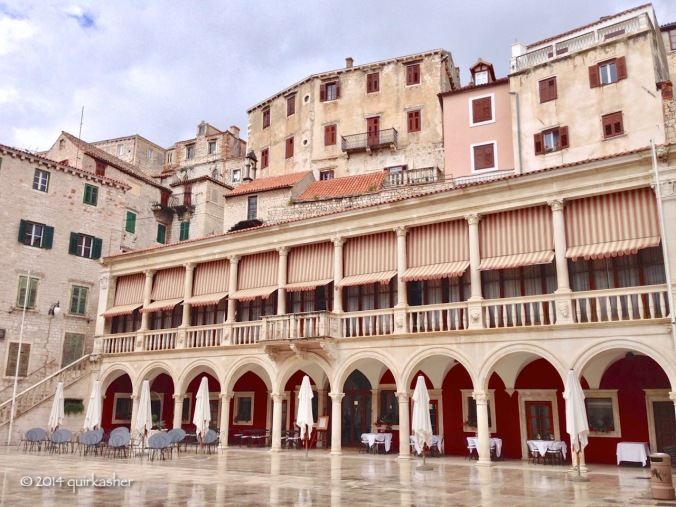 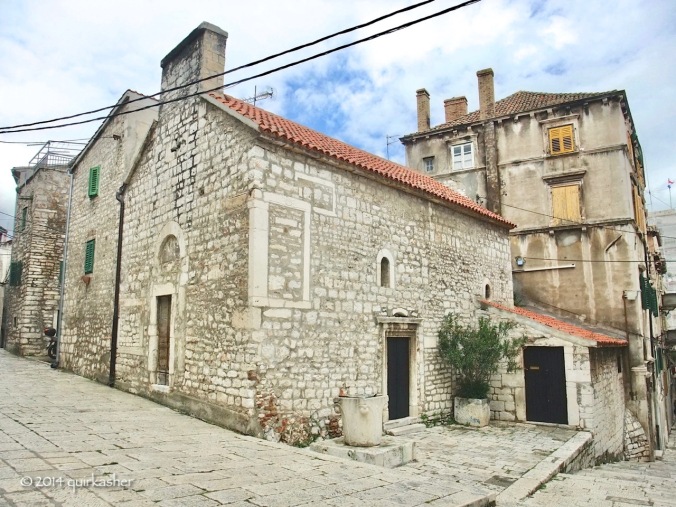 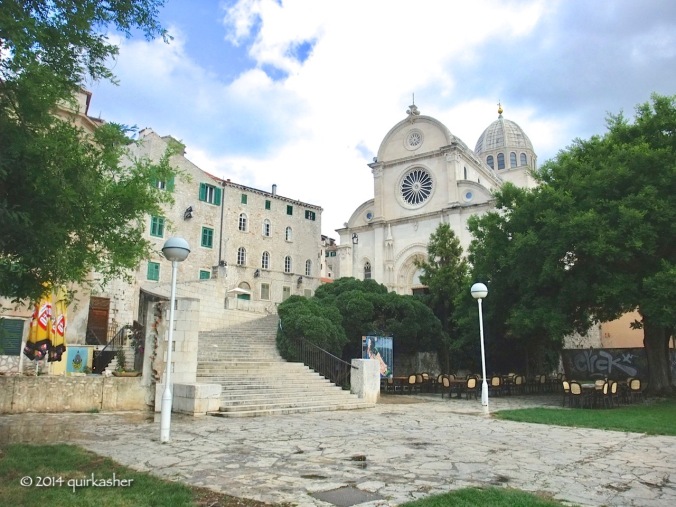 Steps to the cathedral 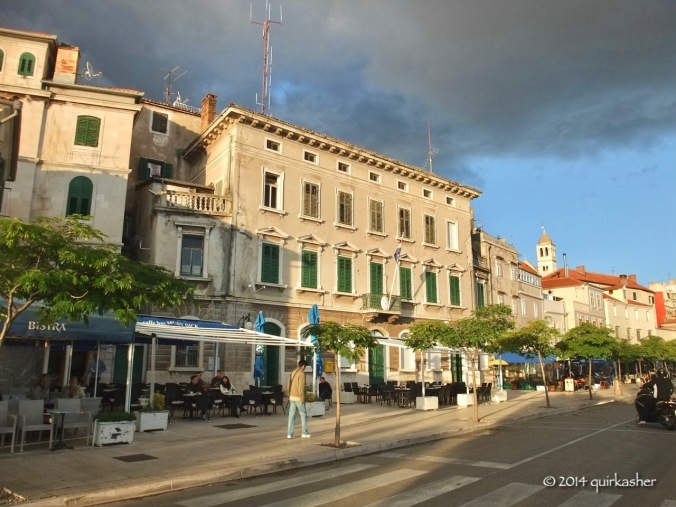 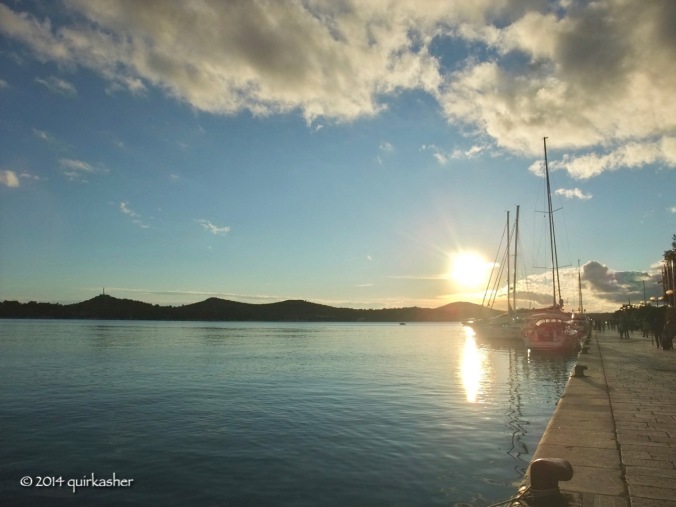