My more than 5 hour bus journey to Riga started in Klaipėda bus station on a very quiet Sunday morning. The bus I boarded was actually a minibus with very ineffective air conditioning. In the sunny weather I was practically in a greenhouse the entire journey.

After we had crossed the border, which merely looked like an open farm gate across the highway, the driver switched on his Garmin. That put me so much at ease. But he did get me safely to the Riga bus station.

I stayed at the Art Hotel Laine in Riga. This was furnished in the art nouveau and was really lovely. The hotel was at a quieter neighbourhood some distance away, although still within walking distance, from the city centre. That was fine with me and with the long days of the northern European summer I did not feel unsafe being there.

The day I arrived at the city was coincidentally Midsummer Day. I had not realised it until the receptionist at the hotel told me about it. She thought I had come to Riga because of that. This was a national holiday in Riga, called Jāņi or John’s Celebration, and the longest day of the year. And I was thinking of turning in early that day!

People were out everywhere and many ladies were wearing wreaths of flowers on their heads while some men wore wreaths of oak leaves. There were concerts here and there and at the Freedom Square people were playing games. It was one big party! 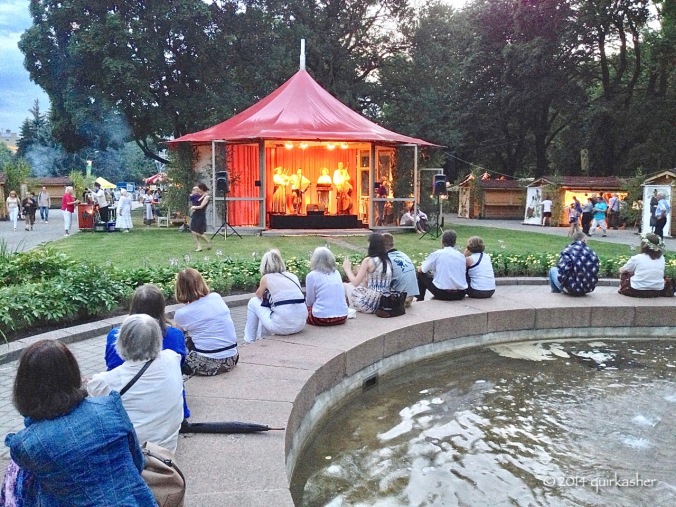 For me the whole point of being in Riga was mainly to admire the lovely buildings. Much the city looked like parts of Western Europe and I heard that during the Cold War film makers would come to Riga whenever they had to film a scene set in a Western European city. The biggest concentration of art nouveau buildings can be found outside of the city centre. 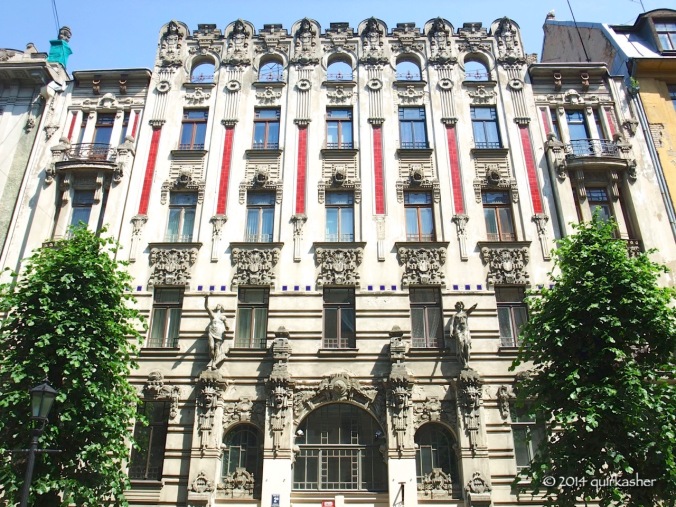 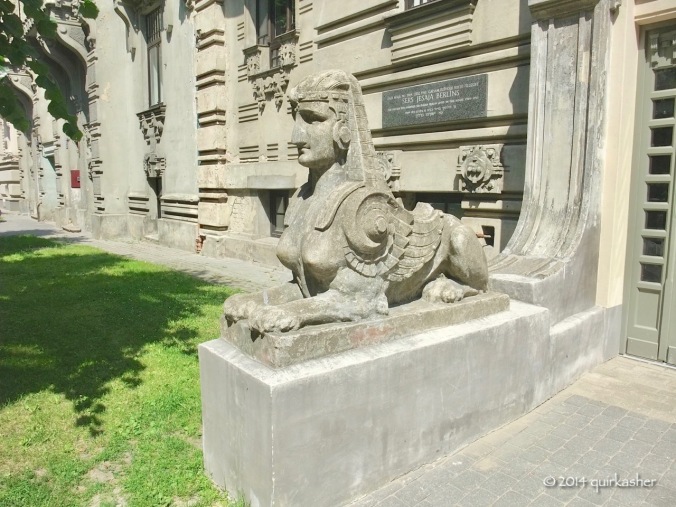 Sphinx at Alberta iela 2a 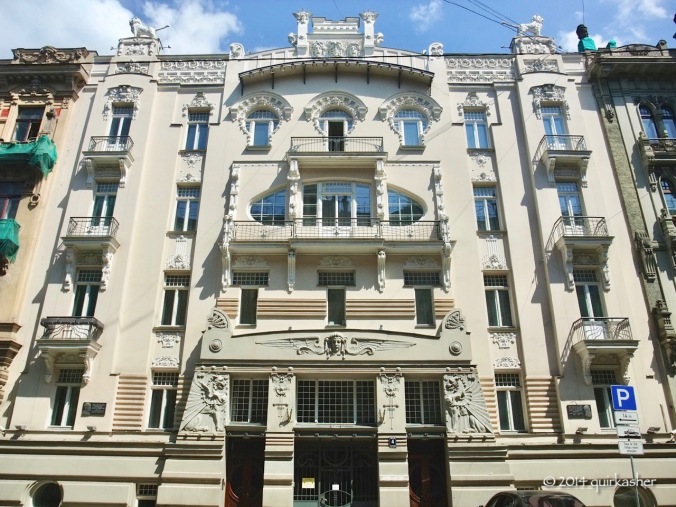 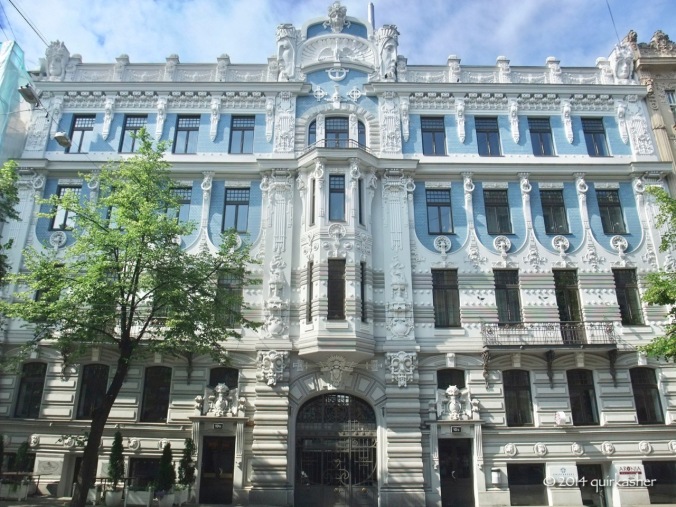 Owl on Elizabetes iela 10b 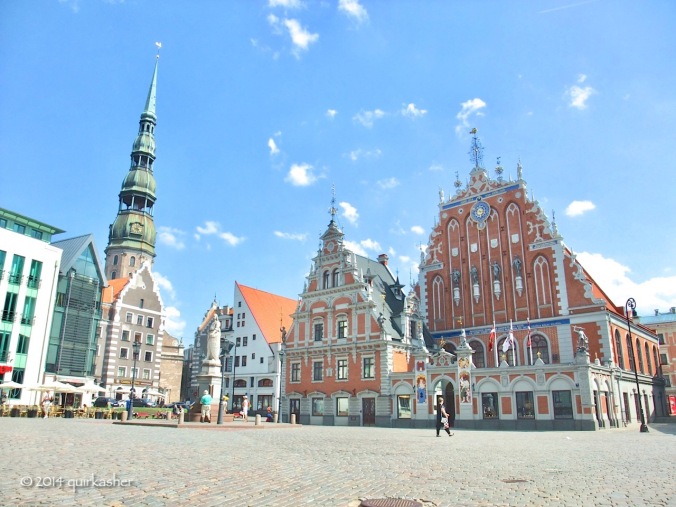 House of the Blackheads on the right 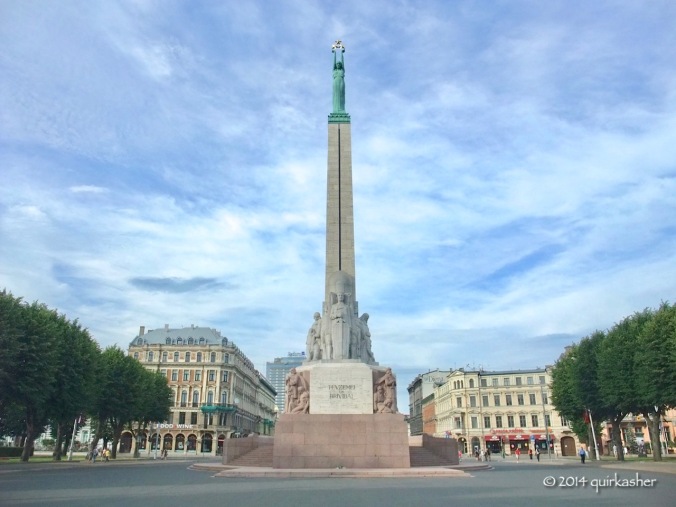 There is a Riga Art Nouveau Museum which is really the former apartment of a Latvian architect in the early 20th century. It was a gorgeous apartment and definitely well worth a visit.

I wish I had a bay window like that 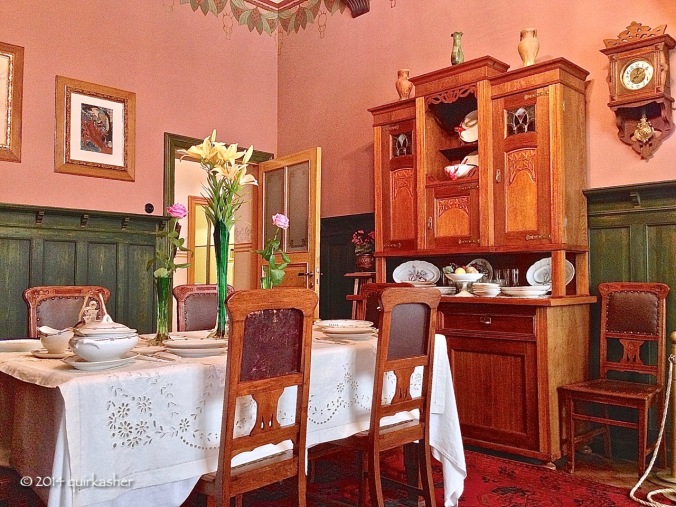 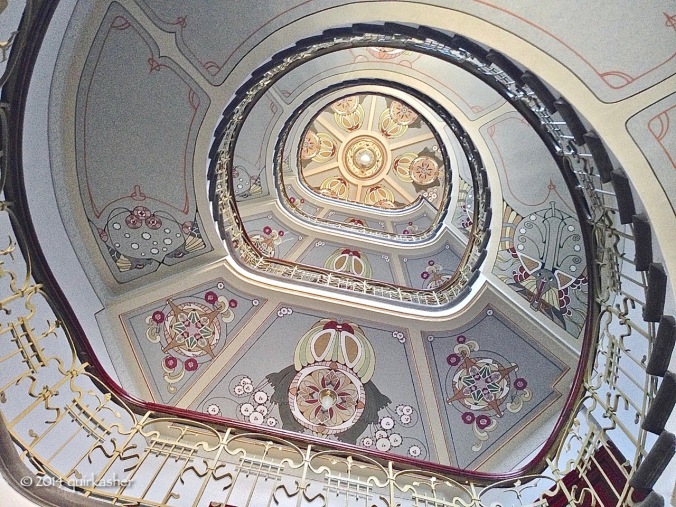 The main churches of Riga are Lutheran and therefore more subtle affairs. My visit to the cathedral coincided with a short organ concert. It was an interesting experience although I could not say that I enjoyed the performance. The pieces were just not lyrical enough to me and seemed to be played for the sole purpose of showing off the organ and not the composers’ musical abilities. 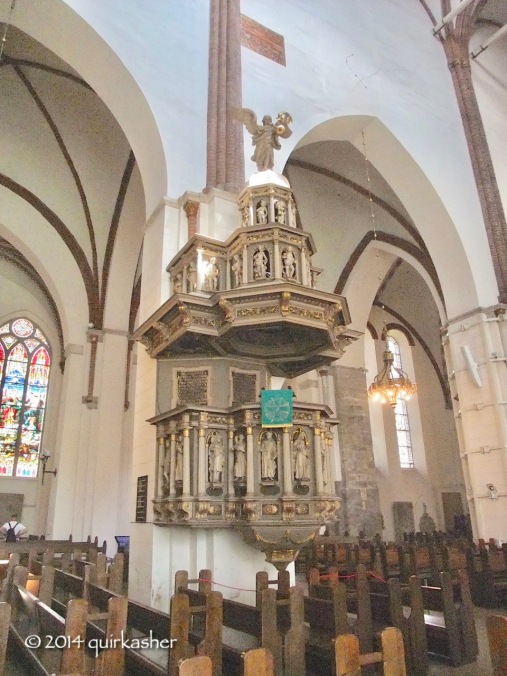 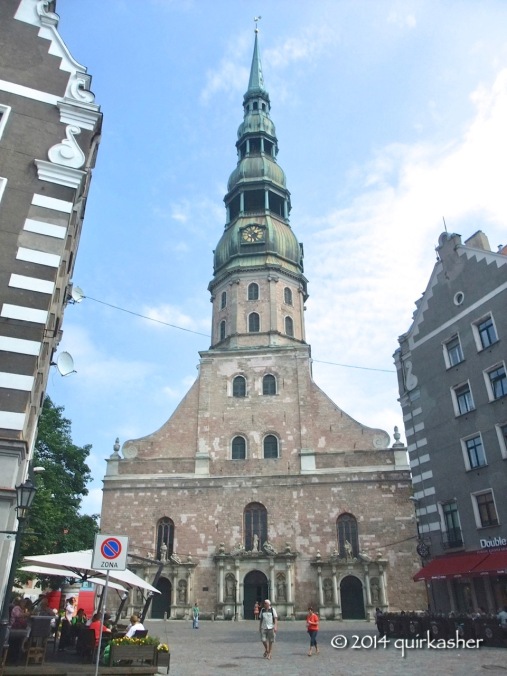 Like Vilnius, there is also in Riga a museum dedicated to the Nazi and then Soviet occupation of the country. At the time of my visit the museum was still at its temporary location. Entry was by donation although since the donation had to be dropped into a box right in front of the attendants who welcomed visitors warmly it was impossible not to give anything. Like the Lithuanians, the Latvians also suffered immensely under the Soviets and they fought hard for their freedom. 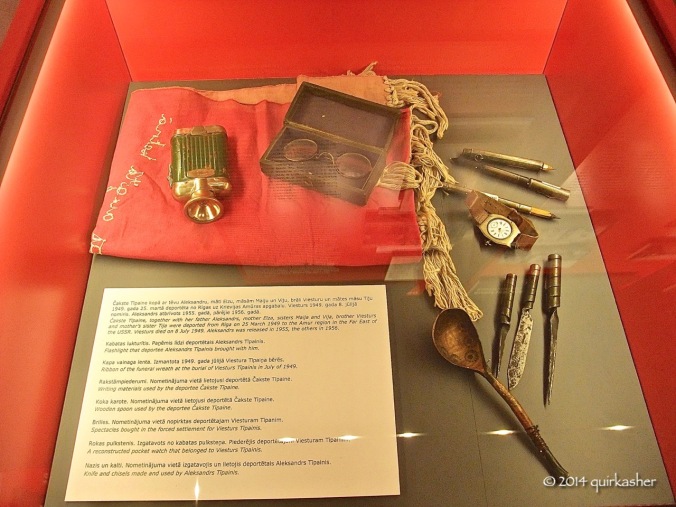 Items belonging to people who were forcibly resettled by the Soviets 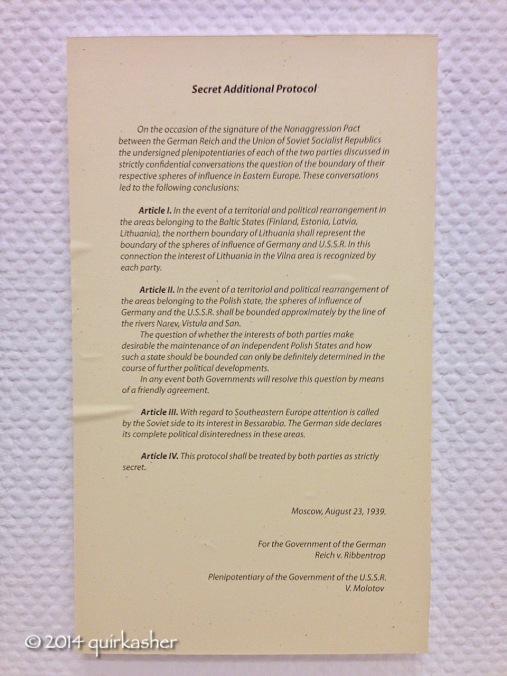 It is amazing how people could agree between themselves how they would split up the land of other people like it was the most natural thing in the world to do. I used to think that the Europeans only did it to people who did not look like them. But of course they would do it to just about anyone. The “sphere of influence” reference sounds mighty familiar too.

Did I like Riga? I thought that I could actually live there. I would love to live in one of those gorgeous buildings. I am however unsure about the level of acceptance of foreigners among the locals, especially for one as obviously different as me. 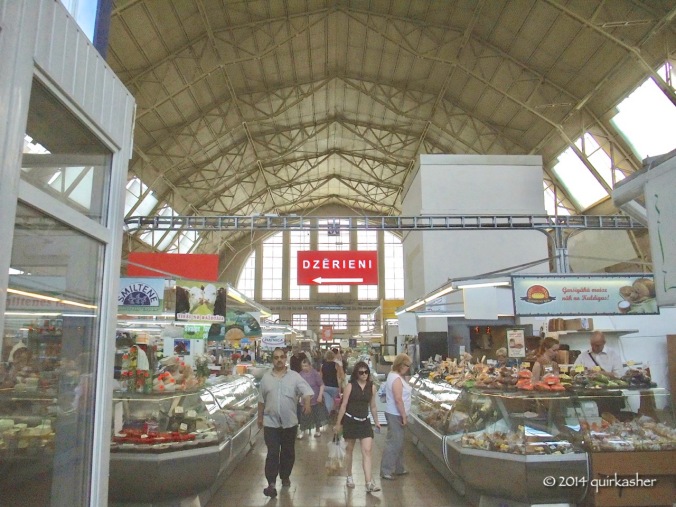 At the Central Market

A boy who served me at a restaurant asked me what made me decide to visit Latvia. He most likely did not mean me any ill will or resented my being in his country. But he was curious about why I had decided to visit Latvia. It seemed to me that he did not think his country featured very much on other people’s minds. I do not blame him. I met an ex colleague after the trip and told her about where I had visited. She had not heard of Latvia before.