It took only about 2 hours by bus to get to Ottawa from Montreal. I took the opportunity to go there for a quick look.

The settlement that would eventually become Ottawa, Bytown, was founded when construction of the Rideau Canal started. Later the settlement was incorporated into a city and renamed Ottawa. This is what I gathered from an account of the city’s history provided by Wikipedia. It sounds as if no one ever intended for Ottawa to exist. And now it is the capital of the second largest country in the world.

The Rideau Canal connects Ottawa with Kingston by 202 kilometres of waterway. The original purpose of the canal was to provide an alternative route between Montreal and Kingston on Lake Ontario. Otherwise ships had to sail down the St Lawrence River right next to the US. There was the possibility of war between British held Canada and the US back in those days and the British had to be prepared. Does it mean that Ottawa owes its existence to the US? Nowadays however the canal is used by pleasure boats.

The section of the canal before it enters the Ottawa River has a series of locks and it was interesting to watch people operating them manually one by one to allow some boats to enter. 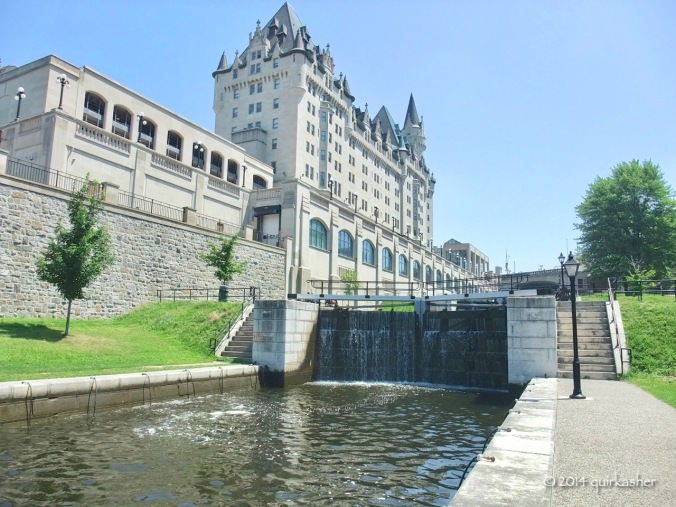 Next to the locks is Parliament Hill. It seemed like it was possible to visit the parliament buildings but it looked a bit too crowded and I did not give myself too much time in Ottawa so I merely contented myself with taking a few pictures of the  Centre Block.

There was a person, an Asian immigrant from the looks of it, protesting the alleged persecution of immigrants in Canada right in front of it.

Protestor behind the Centennial Flame

Coming from where I do, I thought it was just so impressive that the peaceful expression of an opinion was allowed there, even if that opinion did not necessarily make the rulers of the day look any good at all. How would a reputation of repressiveness benefit the country I have no idea. If someone had done the same thing as the protestor in front of the Parliament House at home he would have been arrested on the spot on the charge of public disorderliness or something like that. That is even if he were merely standing still and not speaking to anyone. The real charge really was that he was embarrassing the rulers. However, I really wonder if the rulers of a country, any country, need or even deserve to be protected to such an extent.

Of course there will be people who insist that Canada is a Western country and their practices cannot always be adopted in a conservative Asian country. This is a claim frequently made by the same people who had no qualms boasting to the world that their country is a modern metropolis full of creative hardworking people with a mindset in tune with the 21st century. But when it becomes more convenient to do so, they regress into conservative Asians.

Thus, assuming the protestor up on Parliament Hill in Ottawa was left alone after I had left, good on the Canadian authorities for quite simply allowing the man to peacefully express his frustration in public. In not demanding respect the authorities have earned respect.

The National Gallery of Canada was quite a good art gallery and my visit coincided with a special little exhibition of works by Flemish masters such as Rubens and Van Dyck. 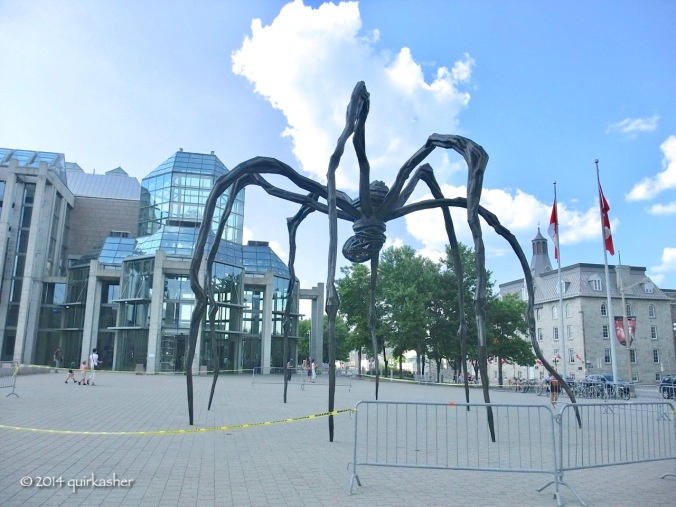 On approaching the National Gallery, I spotted the Notre-Dame Basilica which was just opposite the National Gallery. It caught my attention instantly with its distinctive façade of silver and grey. This is the cathedral of the local Roman Catholic archbishopric. Its interior was another work of art like the Notre-Dame in Montreal though smaller. It looks as if the Catholics in Canada always dedicate their prettiest churches to Notre-Dame and decorate them in that pretty style that makes the congregation feel like they are worshipping under a starry night sky. 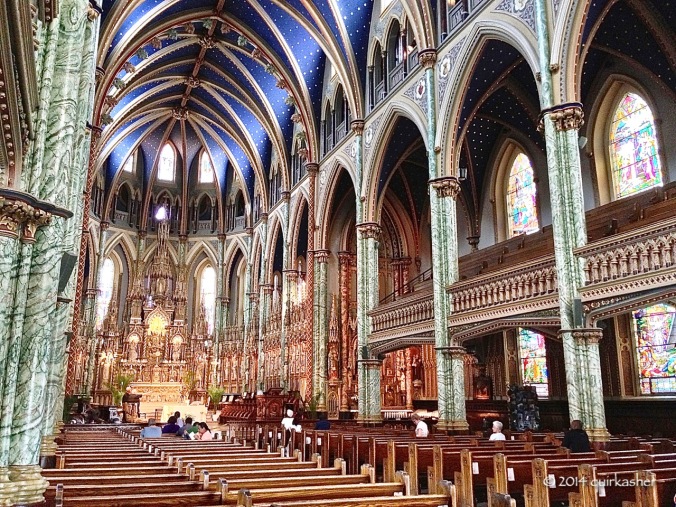 I did not realise how fast the time went by until I had to start rushing to the bus station to catch my return bus to Montreal. Based on what I had observed in the tiny area of the city that I had been to, it looked as if Ottawa was developed just for the purpose of being the capital. It felt so orderly as compared to Montreal. I wonder if people in Ottawa have as much fun as those in Montreal but Ottawa looked built to ensure people working in government had good homes. I am not sure if I had done Ottawa justice with that short trip, but I am definitely more curious about the city now than before the visit.

Canadian Tomb of the Unknown Soldier

Gatineau across the Ottawa River